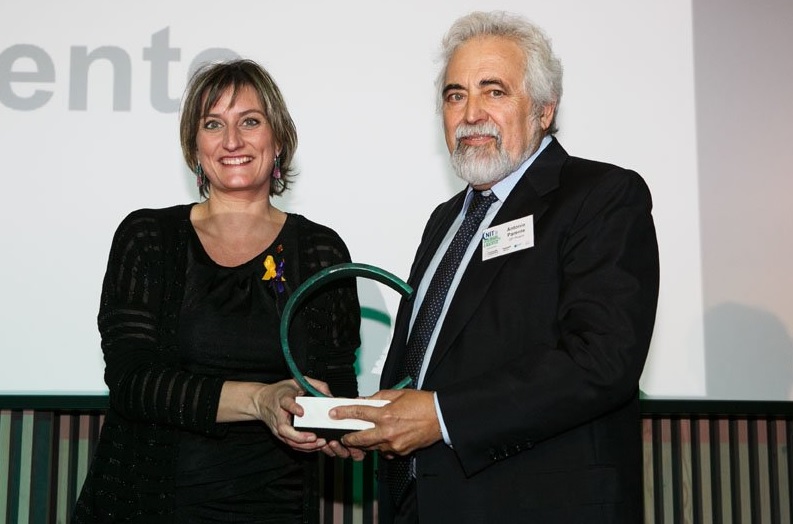 More than 200 entrepreneurs, executives and investors from the biomedical field, gathered together at Sant Pau, the modernist site in Barcelona, to assist to the “CataloniaBIo & HealtTech night”.
During the event, CataloniaBio & HealthTech recognised Antonio Parente for his business career. Alba Vergès, the Catalan Minister of Health, delivered the award.
In 1987, Dr. Parente co-founded the Lipotec group, which was sold years later as one of the first big operations in the then young Catalan biotech sector. In 2006, with a group of other entrepreneurs, he created CataloniaBio (now CataloniaBio & HealthTech). Dr. Parente is currently on the board of directors at several companies, including GP Pharm, BCN Peptides and Specipig, and is promoting new projects like Sepsia Therapeutics, which is developing new cell and biological therapies for sepsis. During the ceremony, Antonio Parente pointed out that this recognition "would not have been possible without the talented professional team of the business group".